COMING SOON to the CREATIVITY THEATER! 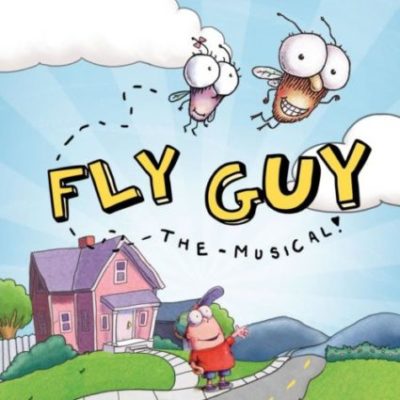 Buzz has the most unusual pet – a fly named Fly Guy! Though the pairing appears odd, Buzz and Fly Guy discover that their friendship can help them overcome any challenges they face, including a nefarious manufacturer of fly swatters! This world premiere musical about a boy and his fly is based on the popular book series of Tedd Arnold. (Ages 4+)

The performance runs 60 minutes without an intermission.

Comedian Rajiv Satyal, with the aid of singer/songwriter Taylor Alexander, breaks down pop music to explain how America got to where she is today.

Rajiv Satyal is a Los Angeles-based comedian/host. His TV-clean act has made him one of the most versatile comedians working today.

Rajiv had an unusual entry into standup, doing his act for then-World No. 1 tennis player Pete Sampras in a locker room. Satyal has some interesting claims to fame: he opened for Indian Prime Minister Narendra Modi in front of 17,000 people. He made the massively viral I AM INDIAN video, which was shared by Bollywood stars and used to introduce the Indian Prime Minister in Shanghai and Dubai. He has opened for Russell Peters more than any other Indian comedian. Rajiv even hosted Dave Chappelle’s very first show after his much-publicized African hiatus.

Rajiv wrote No Man’s Land, a 100-minute one-person show about his dating life that sold out all performances from LA to NY to San Francisco to Cincinnati.

Taylor Alexander is a true independent artist and one of Los Angeles’ brightest talents. He mixes blues, folk, and pop seamlessly creating a style, look and sound all his own. Hailing from the Queen City (Cincinnati, OH), Taylor’s love affair with music began at a young age and coming from two musical families made it an inevitable passion.

Authentic grooves instantly capture listeners attention, while the conversationalist elements to his songwriting enhance his fresh material, making it relatable to audiences young and old.

This is a brand new hour of material.